According to the Google dictionary, a human is defined as:

“A human being, especially a person distinguished from an animal or an alien.”

Easy to understand for most of us.

For a little more clarity, here are some examples. 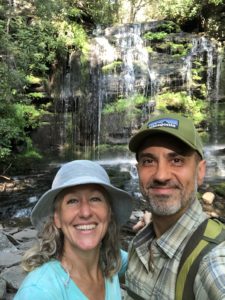 Physically, I have two arms and two legs, plus a head. I’m kind of peachy/pink colored with freckles, and I have curly gray/blonde hair and two green eyes.

I chose a partner that is also human, but he looks different than I do. He has brown hair and brown eyes, and hair on his face. The other difference is that his reproductive organs are outies while mine are innies, so to speak. He is considered a male of my species.

The male that walked me down the path when my husband and I got married is much darker-skinned than both of us. He is from African descent and his skin and eyes are dark brown. His hair was coarse and tightly curled before he shaved it off. 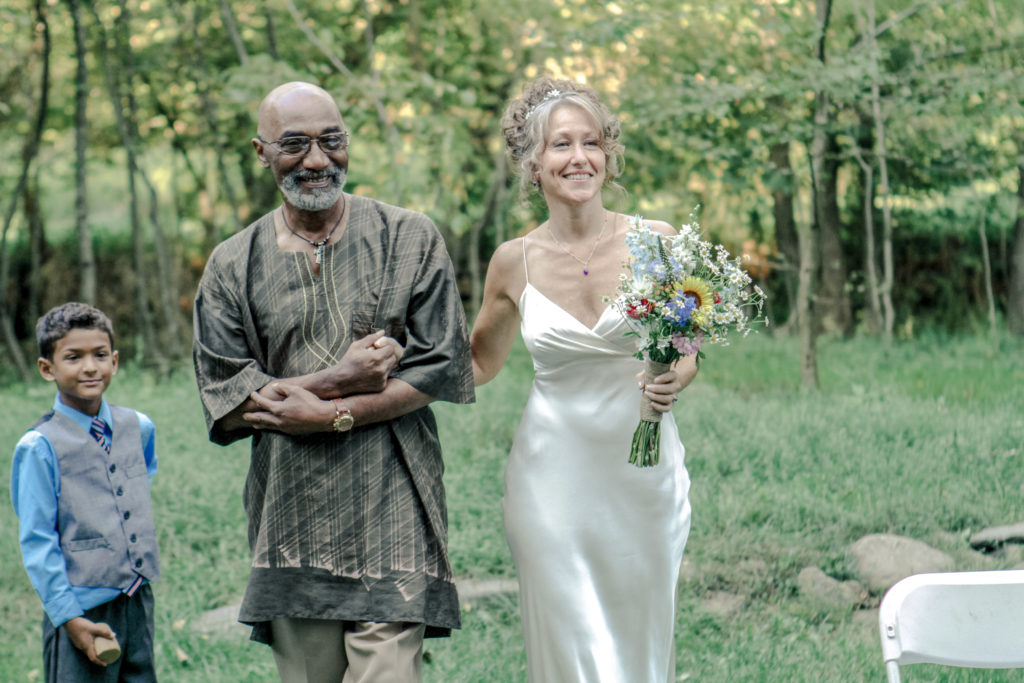 He is also human (actually, one of my favorite humans on the planet).

The male that officiated our wedding has a partner. He chose another male of our species to spend his love and life with.

And, yep you guessed it… they are both human, too.

The female that manicures my fingernails and toenails looks a little different than I do. She has two eyes that are almond-shaped. The edges of her eyes come to tight points, and she doesn’t have a separate eye-lid. She has very dark hair, almost black, and a thick Korean accent. And wouldn’t you know it… she is human. 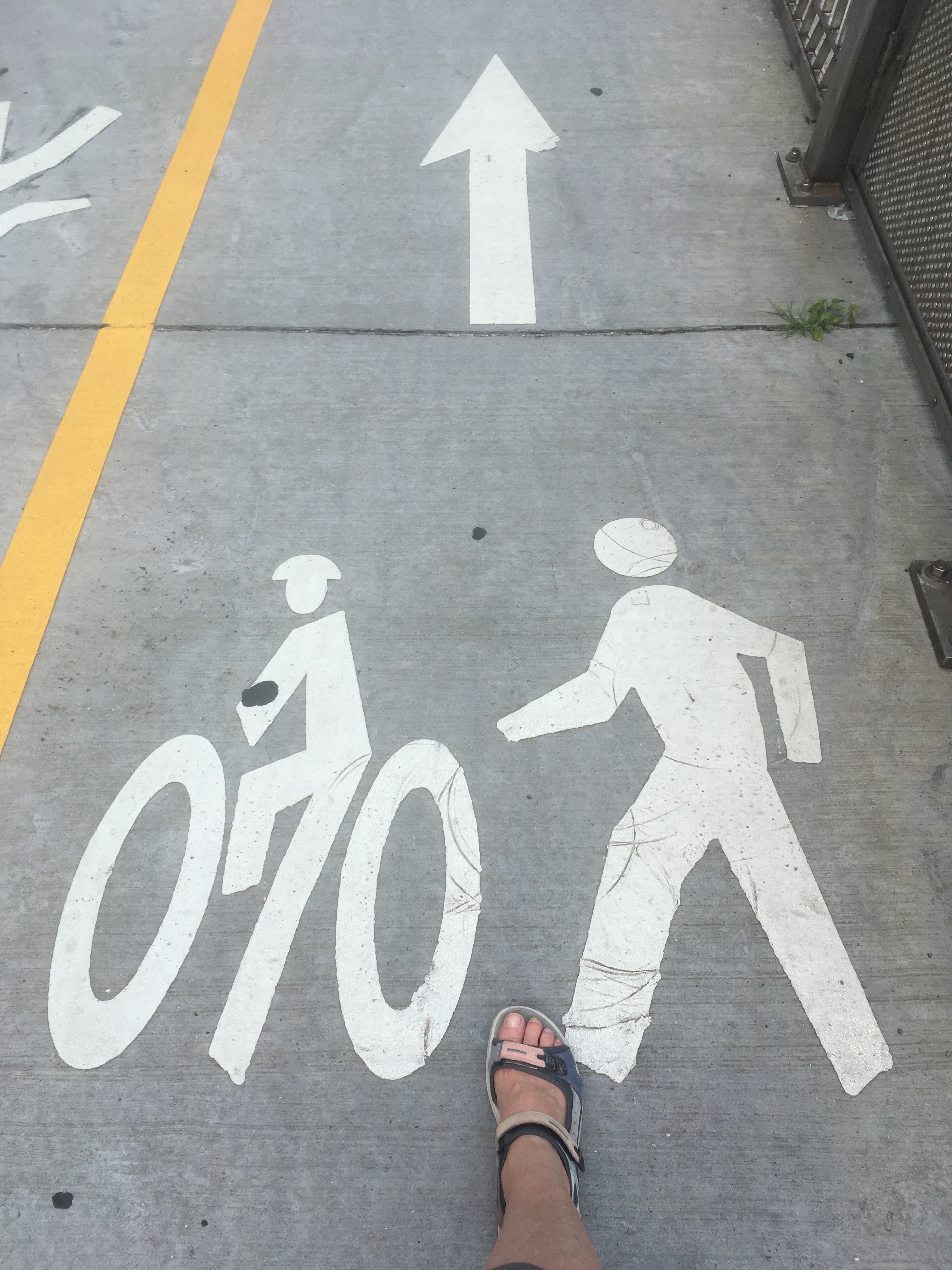 A young female of my species, jogging on the pathway near my apartment in NYC, yelled at me for walking in the wrong direction.

She was going in the wrong direction (see photo above of my human foot pointed in the right direction). And, even though she was angry as heck and unaware of herself, and the other people in her environment, she is human, too.

The president of the United States in 2019 is a unique orange-colored male. It’s a color I haven’t seen before in my species, except back in the 1980s when self-tanner originally hit the market. His, wavy reddish/gray hair has an interesting little flip that’s quite distinct as well.

But, alas… even with these unusual physical characteristics, he is also human.

The disheveled homeless male lying on the sidewalk who held out his hand to me and pleaded for food, and then cursed me when I returned and tried to hand him an actual bag filled with food, is also human.

The short male with shiny black hair, plump face and Hispanic accent, who works at the store where I drop my clothes to get cleaned is human. He is from Mexico. I’ve never once looked at him and thought he was an alien of any sort.

He is definitely human.

And, I think this is where some of the confusion lies.

According to the Cambridge dictionary, an alien is:

“A person who lives in a country but is not a citizen with specific rights.

An alien is also a creature from a planet other than Earth.”

It’s pretty clear what a human is according to the dictionary, but not so clear when it comes to the word alien.

I believe our understanding of the word “alien” needs to be updated. And, I’ll tell you why.

One of the mass shooters (who is also human) who killed innocent people in the United States in August 2019, alluded to an “invasion.” The invasion he was referring to was of immigrants and illegal aliens.

I think he and the other shooters that are targeting human beings are completely lost. They’ve lost sight of what a human really is, or has the potential to be.

They’ve also lost the way to their heart.

As a human being, we have a torso that is filled with vital organs, including a heart that not only pumps blood, but has the capacity to love, feel compassion, and connect more deeply with others.

There’s a quote by a man named Andrew Bennett. He said, “The longest journey you will ever take is the 18 inches from your head to your heart.”

Here’s a scenario that may help us make that journey to the heart a bit quicker.

If a creature from another planet lands on earth and has one large red eye in the center of its forehead, four arms, plus claws as feet, is covered in scales and has acid for blood, we would be able to clearly identify that thing as an alien species.

And, if that alien pulls out some sort of death-ray machine and begins wiping out human beings of all shapes, colors, sizes, religious beliefs, sexual preferences, and political affiliations… I would hope that we would quickly make the 18-inch journey from our head to our heart, connect with our fellow human beings, resolve our differences, and collectively save our species from annihilation.

So, my question is… do we really need something that drastic to happen to connect us back to each other in a more loving way?

I identify as human. 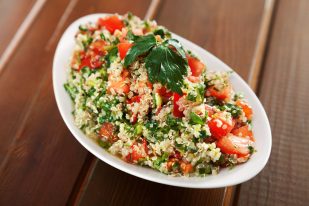 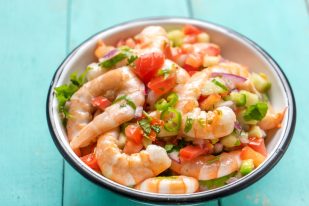 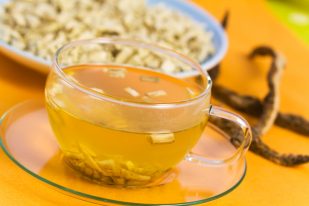