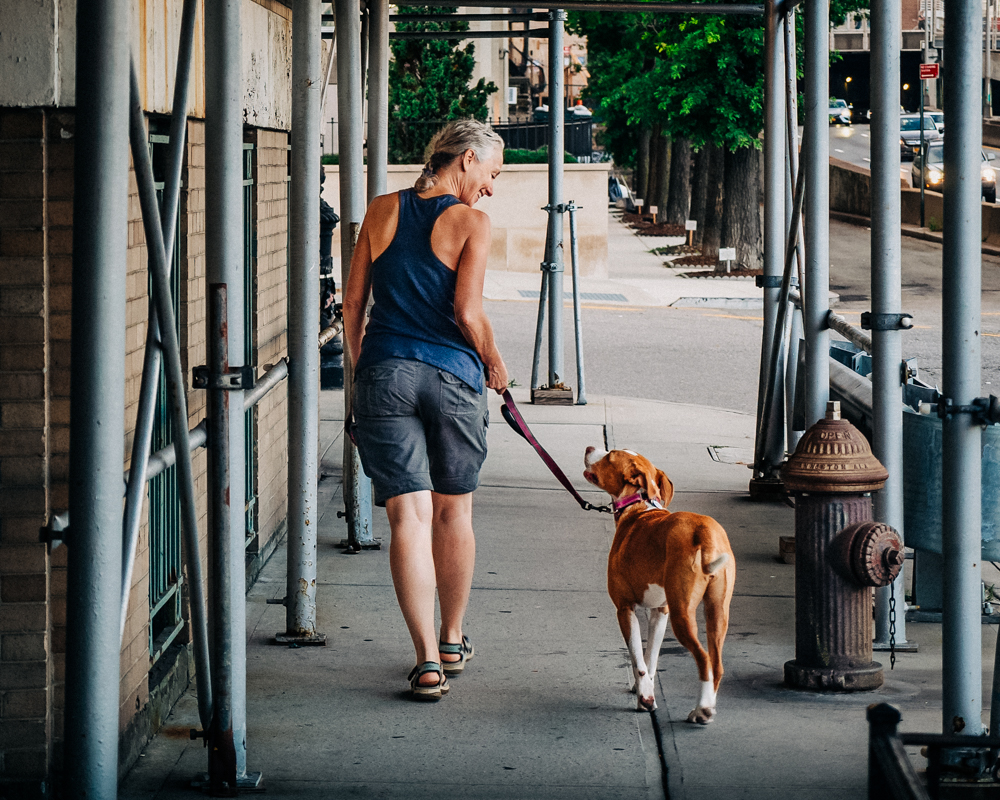 I was walking my dog, Roo, off-leash in the local park.

In the distance, she spotted two squirrels fighting on the ground.

Being a predator, she jumped at the opportunity.

She leaped over the tall fence, and while the two squirrels were distracted and fighting with each other, she went in for the kill.

One quickly scrambled away.

But, the other squirrel’s fate was sealed.

Unfortunately, this happened in a busy area in the park, and the people who witnessed it were horrified.

One woman screamed, “Get your dog away from there! That squirrel is still alive.”

As she said, the squirrel was “still alive,” but it was lying face down in the grass. Its front paws were moving a little bit, but its back legs were motionless, and its back and probably most of its bones were broken after my dog’s vigorous death shake.

I said to the woman, “I know it’s very hard to watch, but she needs to finish killing it. Otherwise, that little creature could suffer needlessly before it dies.”

She shook her head and walked away.

Other people passed by mumbling loudly in my direction, “Shame on you… That’s disgusting.” Some onlookers stopped to take a video or snap a picture with their phones.

In the few moments, while I was waiting for Roo to finish her business, a middle-aged woman that was sitting on the bench watching all of this called me over.

“People probably try to make you feel ashamed about your dog, right? Well, don’t listen to them. Your dog is just doing what it’s supposed to do. They probably wish their dog could do something like that. It’s called natural selection.”

I understood what she was alluding to. According to Darwin’s theory of evolution, natural selection is the process where organisms that are better adapted to their environment survive longer and transmit their genetic characteristics to future generations. Except, my dog is a rescue pup, and she has been fixed, so she won’t be passing her genes forward.

I replied, “No, I’m not ashamed of her. I understand that what she did is just part of her nature. ”

Dog trainer and behaviorist, Ralf Weber says, “Dogs are apex predators. That means, they sit on top of the food chain and don’t have natural enemies for whom they are a primary food source. Dogs are the hunters, not the hunted. As such, it is entirely normal for a dog to chase and kill smaller animals.”[1]

The woman on the bench continued, “People just don’t understand that it’s simply natural selection. This is exactly like what’s going on with people and these v@ccines.”

I looked at her, curiously.

She elaborated, “The people that DON’T want to take the v@ccines will be killed by natural selection. The virus will kill them, and they deserve to die for being stupid, and not taking the v@ccine when they were supposed to. Don’t you agree?” 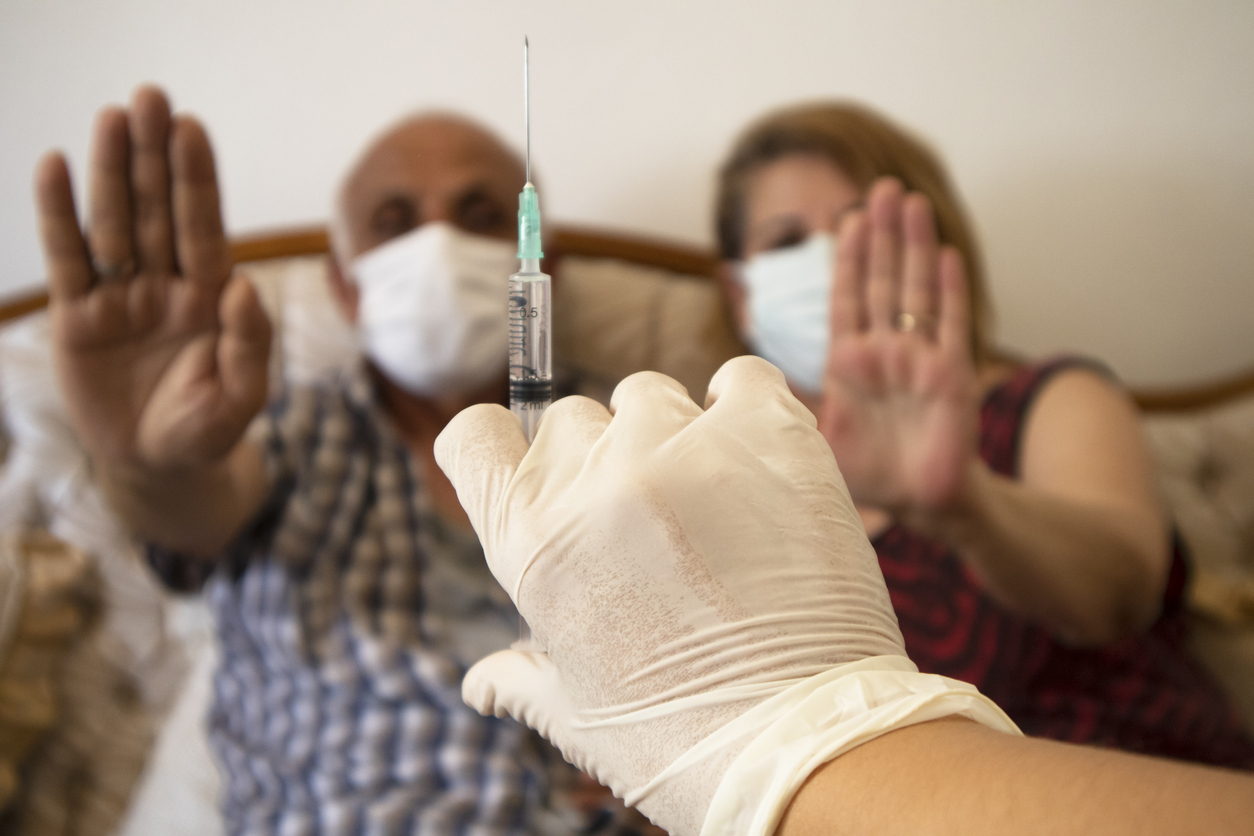 No, I didn’t agree with her line of thinking.

I wished her a good day and then continued on my way with my dog.

In the brief moment that we met, the woman on the bench certainly gave me a lot to think about.

First and foremost, it’s clear that people are angry, especially if they are wishing death on others.

Howard Stern also recently publicly lashed out at people who don’t want to take the v@ccine.

He said, “We have no time for idiots in this country anymore. Stay home. Die there with your C*VID. Don’t take the cure, but don’t clog up our hospitals with your C*VID when you finally get it. Don’t bother with science, it’s too late. Go F**k yourself ― we just don’t have time for you.”[2] 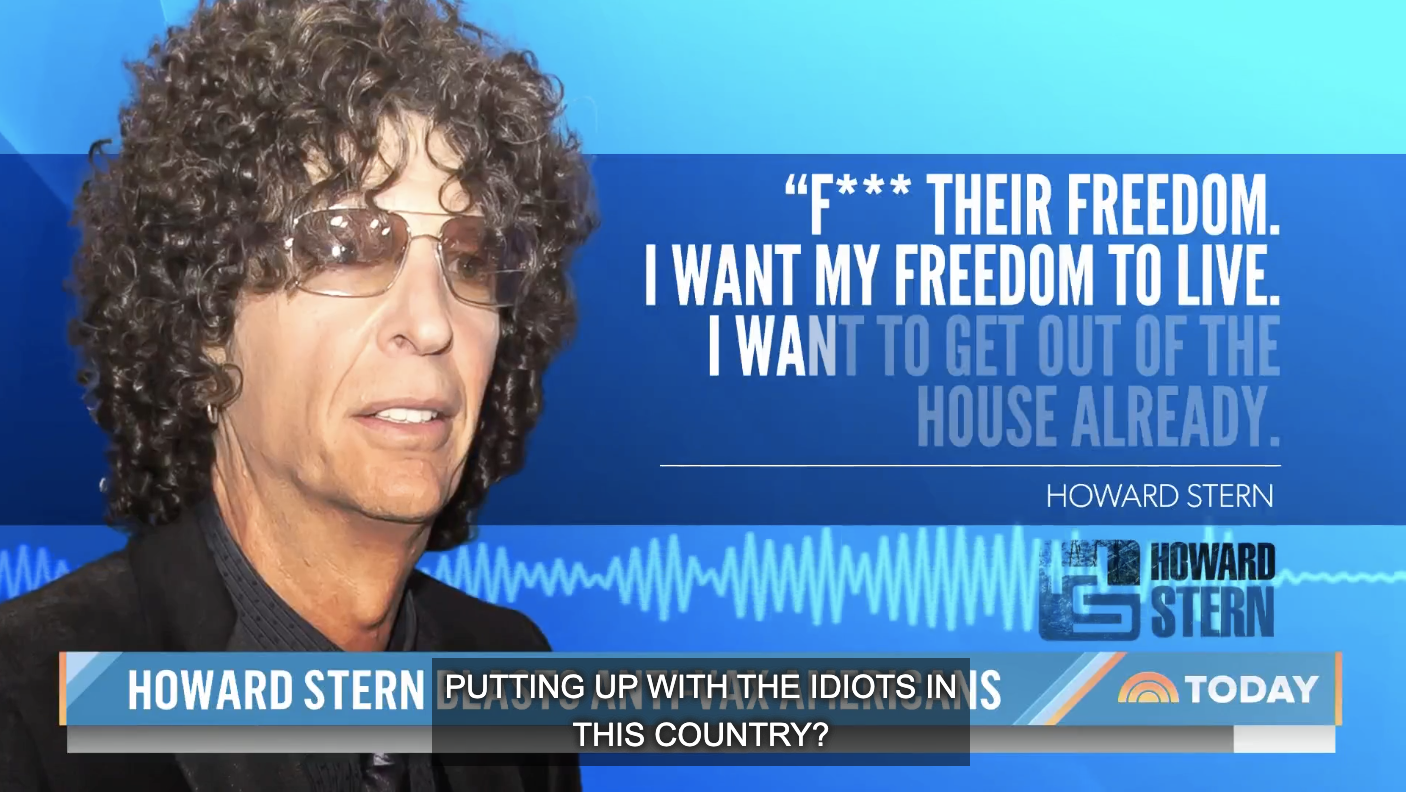 This type of shocking behavior is spreading quicker than the virus.

It’s called spiritual sickness and many humans are suffering from it.

Secondly, I believe in natural immunity and do not want or need the v@ccine. Medical science is finally catching up with what I, and many others, already intuitively know.

According to the latest scientific studies people like me, who contracted the virus, have stronger and more lasting immunity than people relying solely on medical injections.

“An Israeli study on coronavirus immunity suggests that people who were previously infected with the virus benefit from significantly stronger and longer-lasting immunity than the immunity provided by vaccination alone…. Adjusting for comorbidities, vaccinated C*VID-naïve people had 13 times greater risk for infection than did the previously infected.”[3]

And, according to the internationally renowned scientific journal, Nature, “Many people who have been infected with SARS-CoV-2 will probably make antibodies against the virus for most of their lives. Researchers have identified long-lived antibody-producing cells in the bone marrow of people who have recovered from C*VID-19. The study provides evidence that immunity triggered by SARS-CoV-2 infection will be extraordinarily long-lasting.”[4]

My final thought is this…

Whether you choose to get the shot or not get the shot, it’s imperative that we go about our days and our lives, holding onto our truth without quarreling with people that don’t agree with our choices about what we do with our bodies.

If we humans continue bickering and fighting with each other, the predators (and, I’m NOT talking about the virus) will surely have their way of swiftly killing us while we are distracted. 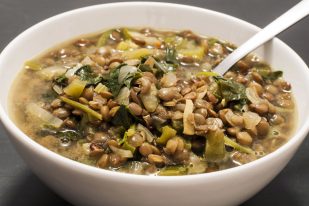 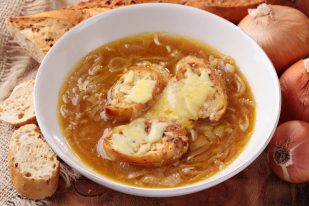 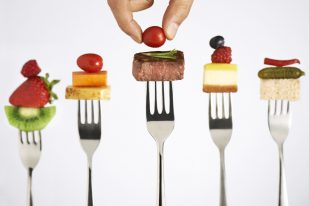